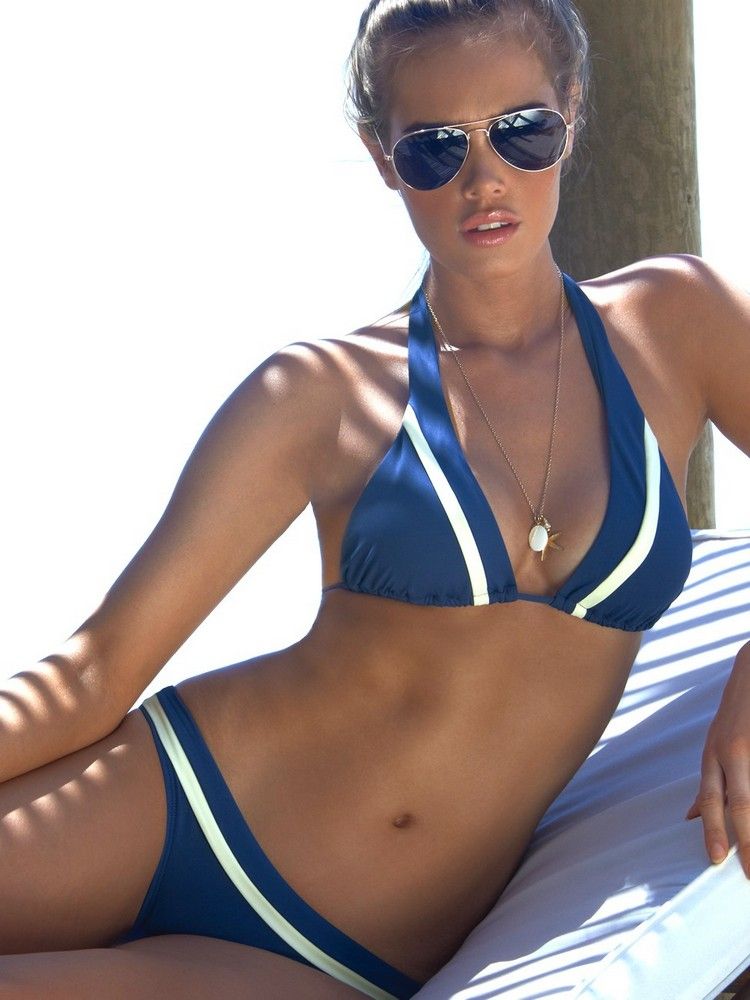 Wear whatever looks (and feels) most flattering. I wouldn’t rule out bikinis; they can actually be more attractive than the average one-piece on many people (myself included, and I’m not an hourglass).

I have a waist, not an incredibly noticeable one, but one nonetheless. When I wear one-pieces, the difference between my waist and upper hips (where the outer edges of the suit cut off) isn’t great enough for my waist to still be visible. In this way, most one-pieces tend to have more of a rectangularizing effect, which is fine if you’re doing competitive swimming and don’t want your boobs to get in the way, but won’t be flattering on everyone.

My advice would be to either look for:
1) Bikinis with ruffles, because the added volume on your chest and hips will balance out your waist more. While it probably won’t have a dramatic effect, it will at least soften your overall shape and give a more feminine appearance, if that’s what you’re going for.

2) If you’re not ready to try on a regular, two-piece bikini, go for a monokini. That is, the modern kind, which seems to be a one piece with the sides or middle kind of cut out, sometimes in intricate ways. It may not completely re-vamp your body shape, but the right one will shrink the perceived size of your waist, and again, suggest curves.

3) One-pieces. If the above two are too revealing for your comfort, I’d opt for a one-piece that is darker in the sections you want to minimize, and lighter/with a busier pattern in the ones you want to maximize.